Snowmobiling is a fun sport which is done in winters.

A question which can arise in your mind is that how much fast your snowmobile can go.

But, you should note that it is strictly recommended not to go at the fastest speed. Speed can cause various accidents. It can result in having multiple unwanted hazards and can even cause death.

If you are snowmobiling with kids, then you should not drive your vehicle at a fast speed.

So, you should be really careful while driving the Snowmobile and should attain the Licence before driving a Snowmobile.

Let’s now discuss the fastest speed which a snowmobile has achieved. But, it is strictly recommended that you should not try to attain this speed under any circumstances.

This is the fastest recorded time which is achieved by a Snowmobile.

But, you should note that you are strictly not allowed to drive at this high speed. This can cause various severe actions and injuries.

Be very sure to not try to go over the Speed Limit.

Let’s now discuss the Average Top Speed which a Snowmobile can achieve.

Average Top Speed which can be Achieved

The Modern high-power snowmobiles can achieve an average top speed of over 150 mph i.e., 240 km/h.

The snowmobiles which are used for drag racing can achieve an average top speed above 200 mph i.e., 320 km/h.

These were the top speeds which can be achieved by a Snowmobile.

But, what is the Speed limit according to which you can ride on the trails?

In different states, there is a set speed limit for Snowmobiles.

Hence, it can be said that different states have different rules according to the trails.

So, there is no specific or average Speed Limit, which is to be followed. It is completely dependent on the trail and the state in which he is riding the snowmobile.

You cannot go above the decided limit. If you tend to go above the speed limit, it can be dangerous for you and the other persons who are riding on the trail.

It can also cause legal action.

So, you should be careful while riding a snowmobile. You should respect the Speed Limit and should drive slower than that. This will hence reduce the risk, which can be caused by over speeding.

You should drive at moderate speed, but riding at a fast speed is not safe. You can also read the safety tips for snowmobiling for a better understanding of that.

There are various speed limits which are set up by the state according to the trails.

So, you should be careful enough and should not ride above the decided Speed Limit.

But, one of the essential things which are to be noted is that you should have a legal license for operating the Snowmobile. Underage drivers can be a threat to themselves and other persons who are on the trails.

So, be sure to ride the Snowmobile after getting a license and according to the speed limit.

Vikas Kajla
Vikas loves winter. When there is snow, you can't find him inside the house. He'll be out probably doing skiing, snowboarding or maybe snowmobiling. View all posts by Vikas Kajla → 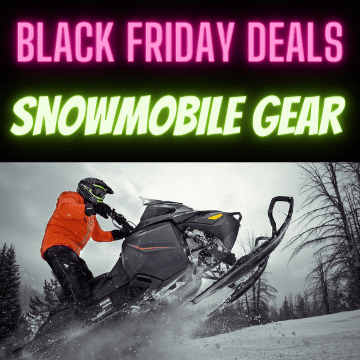