Average Snowmobile Weight in 2022: Based on 15 Examples 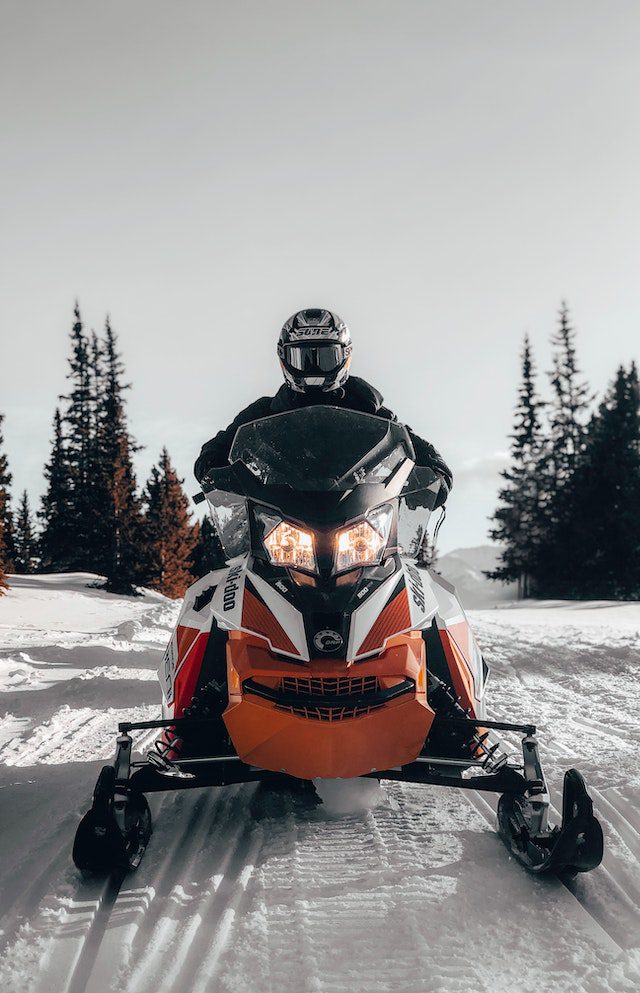 The weight of the snowmobile hugely affects the riding experience.

However, these are not absolute numbers. The exact weight of a snowmobile depends on many factors.

To give you an idea, we have calculated the weight of 20 different snowmobile models.

So, let’s get started.

How Much Does a Snowmobile Weigh?

What is the Dry Weight & Wet Weight of a Snowmobile?

The weight of snowmobiles can be expressed in two forms, dry weight, and wet weight.

The above definitions are general definitions, and it varies according to the snowmobile manufacturer. So make sure to inquire what their interpretation of the concerned weight is when you visit a dealer.

How much Do Snowmobiles Weigh?

When we talk about snowmobiles, there are many manufacturers. Every manufacturer has got many snowmobile types and models, which makes it very difficult to give a single number as an answer.

But, if we have to give a general idea, the average weight of a snowmobile is around 500 lb.

Different manufacturers’ models differ in weight because they have different chassis, engines, and frames, which are weighty components, and a change in their weight causes overall weight change.

In the section below, we will see what the weight and fuel capacities of snowmobiles from three well-known snowmobile manufacturers are.

First of all, we have the following models from Polaris and their specifications.

After that, we have the models from Arctic Cat and their specifications.

Lastly, we have some models from Ski-Doo as well.

If you don’t see your favorite snowmobile here, don’t worry. Just head to the manufacturer’s website and search for that particular model. Head to the specifications section then, and you will surely find it there.

What Influences the Weight of a Snowmobile?

As we were discussing earlier, there are many components that affect the weight of a snowmobile. Let’s discuss them now.

As it may come as no surprise to many people, the engine is the single most heavy component in a snowmobile.

The weight of an engine mainly varies by its capacity, measured in cubic centimeters (or ‘cc’ in short).

This is because an engine with higher capacity burns more fuel than an engine with lesser capacity, and due to the increased heat that is produced in the engine, there are more stresses caused by heat, and to handle it, we need bulkier engines, made with more durable material.

This is because a two-stroke engine has a lower working temperature than a four-stroke engine, so manufacturers can get away with using lighter materials.

Tracks are the second most singularly heavy component on a snowmobile.

Tracks are generally made of fiber as well, but different options are available in markets nowadays.

Seats can also affect the weight of a snowmobile considerably. This is because there is a base of the seat made of thick metal to make sure that it doesn’t flex when weight is loaded on it. Also, there is a lot of foam used in a seat, which adds to its weight.

Generally, snowmobiles have two types of bodies, namely the metal and the fiber body.

Metal bodies are cheaper but have a higher weight, and if there is a dent on it, a lot of effort is required to fix it. Also, rust is generally unavoidable in steel frames, and even if proper care is taken, one should not be surprised at seeing rust patches on the insides.

Fiber bodies are very light, and the introduction of newer materials such as carbon fiber has helped to reduce their weight and increase their strength of these even further.

Fiber bodies have two disadvantages, the first being that they can increase the price of the snowmobile because they are expensive. And secondly, they are not repairable as they break on hard impacts.

When fiber bodies break, the only solution is to replace the body, which is a costly affair.

Generally, snowmobile trailers weigh north of 450 lb., so keep that in mind when you are towing one with a truck, as the net weight that needs to be hauled will come as the sum of the weight of your trailer and the snowmobile.

How do I Make My Snowmobile Lighter?

It is a fact that if you want to go snowmobiling on powder ice and increase snowmobile efficiency, you need to lower the weight of your snowmobile.

Some people think that reducing the weight of snowmobiles is very difficult and while doing so, working on snowmobiles may be affected. But that is not always the case, as some things can be done to reduce the weight without hampering the function of your snowmobile, which we are going to discuss below.

When you want to make your snowmobile lighter, the first piece of advice that I will give someone is to change their skis.

It is generally said that the heavier the skis, the better they are, but it turns out that this rule only applies to durability.

Lighter skis not only reduce the weight of your snowmobile but help you to effectively steer it as well, as it becomes easier to move the handle since it loses its weight.

One should prefer narrower tracks, as they reduce weight, which translates to better acceleration and control if we talk about performance.

Also, the drive pitch must be kept as high as possible to reduce the maximum possible weight from the tracks.

Shafts are used for the transmission of power from the engine to other parts in a snowmobile, and the weight of a snowmobile can be effectively reduced if aftermarket performance shafts are used.

These shafts are hollow shafts, unlike the stock shafts that are literally rods or are not bored on the inside. On this point, it should be clarified that using bored performance shafts doesn’t compromise the durability of the shaft, as they are made of more durable material and can withstand all the loads that they are rated for.

Countershaft (or jackshafts) and driveshafts are some examples of shafts that are readily available from enthusiast aftermarket part vendors.

The only disadvantage of these shafts is their cost.

Steering columns can be modified in the same fashion as the shafts, with lightweight counterparts, which allow for a significant reduction in weight.

So we discussed many things about snowmobile’s weight and what to do if you want to make your snowmobile lighter.

Note that while we have tried to provide as accurate definitions as possible for some parameters, there are no set guidelines for them. So don’t be surprised if someone tells you something a bit different from what we have discussed here.

Also, you should be choosing the optimum weight for your snowmobile as per your body weight and preference.